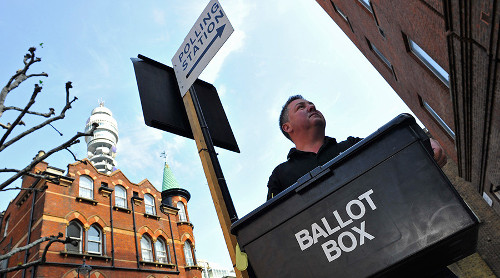 Financial planning is proving harder than ever in 2017 with Brexit negotiations ongoing, the chancellor making swift u-turns over announcements made in his budget and a snap election resulting in a watered-down finance bill being approved.

“When the snap election announcement was made two-thirds of the finance bill was dropped to push it through parliament that afternoon. Things that had been anticipated didn’t happen,” he explained.

“There will be people who were expecting certain tax arrangements to apply from April 1 because they were announced in the budget. They may have put plans in place to make sure they could avail themselves of benefits or need to decide how they can cope with a more restrictive regime, and then those anticipated changes were dropped. This creates uncertainty which is unwelcome.”

Among those who may have been caught out were individuals who have accessed their pensions using the freedoms introduced in 2015, and now need to know how much more money they can put in to their pension after 5 April.

Also, businesses hoping to take advantage of a proposed relaxation in the rules of substantial shareholding exemption – which was then withdrawn from the bill.
“People will have made plans based on the assumption they would get that relief, and that could be a real problem for them,” said Mr Senior, a director of the west Suffolk based firm.

Most widely applicable is that plans to introduce digital tax returns have been dropped, at least for now and probably to return later, but with an already short period before implementation.

This follows the recent u-turn over plans unveiled in the Budget to increase the national insurance contributions paid by those who are self-employed.

“The chancellor had failed to acknowledge the risk entrepreneurs take in opting to be self-employed rather than taking up employment. Now, the changes made in haste to get the Bill passed leave taxpayers with a conundrum as to their tax position – that is never acceptable but particularly so as we head into our departure from the EU.”

In taking risk, entrepreneurs need to have as much certainty as possible and it must be acknowledged that they are helping drive forward our economy. Mr Senior believes this should be encouraged now more than ever. He believes the next two to three years could be tough with Brexit negotiations expected to step up a gear in the wake of the election.

“The recent posturing by EU leaders has given the appearance they have all of the control. I hope that the result of the election will give the Government a clear mandate to deliver what the UK actually needs from a business perspective,” he said.

Mr Senior continued: “Many smaller businesses that we deal with will not be directly impacted by the changes that happen with the EU because they don’t trade internationally but they could feel the knock-on effects from the larger businesses they work with who do trade internationally.”
As the economic climate continues to fluctuate and your profits rise and fall, we can help you ensure that you are operating in the most tax-efficient way to maximise your returns.

For further help with your finances and tax arrangements amidst the changes, contact Jacobs Allen today.