Our predictions for the 2017 budget 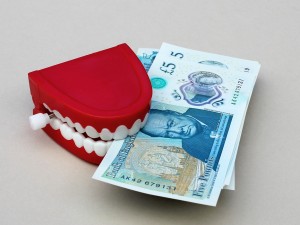 Pension changes, national insurance rises for the self-employed and a delay in digital tax plans – our predictions for the 2017 budget

The past few months have been unsettling for businesses and tax payers as they struggle to grasp what Brexit will mean to them and tomorrow’s budget is an opportunity for the Chancellor of the Exchequer to provide some stability and reassurance.
All eyes will be on Philip Hammond and his red box tomorrow but in the meantime, we are left wondering what revelations he may make.
Keith Senior, one of our directors at Jacobs Allen Chartered Accountants and Chartered Tax Advisers, has shared his predictions.

Tax and national insurance changes for the self employed

However, a more costly change for those who are self-employed could also be on the way. There is already legislation in place and effective from April 2017 whereby public sector bodies who use contractors operating through personal service companies have to decide if those contractors are effectively employees or retain their self-employed status.

“The chancellor could announce that this will be rolled out to all companies who use contractors in say 2018.”
If it is deemed that their contract status is effectively that of an employee, tax and NI contributions will need to be deducted at the point of payment by the end client rather than by the contractor’s own company.

Change in stance over pension investment

“The lifetime ISA comes into operation in April and I expect we will see a move to focus attention on saving for retirement using an ISA rather than saving in a pension because that provides more limited access to tax relief on savings,” explained Mr Senior.
Time will tell if this is the stance the Government is looking to take.

There have been consultations on the Government’s Making Tax Digital plan, due to be introduced in 2018.
“Anyone who earns £10,000 or more from untaxed sources will have to apply the making tax digital procedure.
“However, the Government is yet to work out how the system will work, especially for those who are not digitally savvy.
“We might see, in the Budget, that they delay it until 2020.”
He believes this will help reassure businesses who are looking for more clarity and stability as we move towards Brexit.

Over the next four years, starting in April, there will be a gradual increase in the residential nil rate band applied to the estates of individuals who leave a property that was their main residence to their children or grandchildren. This will become a valuable relief for those with estates worth up to £2m, at which point the relief will start to be withdrawn. “The cost of this could be over £1.5bn to this Government,” warned Mr Senior.

To counter the cost pf this relief, he expects we could see the Chancellor announce an increase in the level of tax paid on a person’s death, either increasing the rate of inheritance tax generally or applying a ‘death levy’ on the value of a deceased person’s estate.

For personalised advice on how any changes could affect you, contact the team here at Jacobs Allen.