Saving is about to get easier 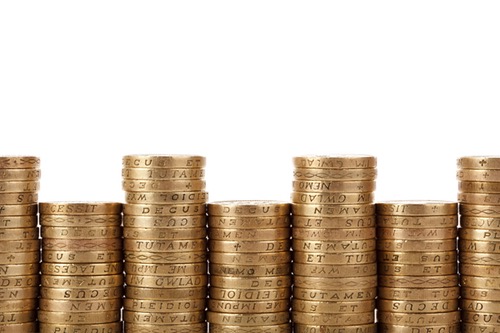 January is a difficult month, and saving is the furthest thing from your mind as you pay off the inflated credit card bills and eek out December’s pay packet.

Saving, however, is about to get easier for some as the government move away from offering tax breaks on pension savings which are proving costly to the treasury.

David Cameron first spoke about the new incentives a year ago and now, following his autumn statement, Chancellor Philip Hammond has made the details clearer.

“The government are trying to help people at either end of the social scale to save,” explained Keith Senior, of Jacobs Allen Chartered Accountants and Chartered Tax Advisers.

“The help to save account will be introduced in April 2018 for those who are claiming working tax credits. If families commit to saving £50 a month for a minimum of two years then the government will contribute 50pc to that account.”

Mr Senior added: “I can’t confess to knowing how someone on benefits can afford to save but if they can sustain the £50 a month payments into a savings account, it will be a lucrative option.
“Perhaps their parents may be in a position to help them save, knowing that the government will then top up the savings account?”

The bonus of this scheme for the Government is that very few will be in a position to take it up. Meanwhile, those looking at longer-term nest eggs are being encouraged to consider the life time ISA.

“Anyone between 18 and 40 can save up to £4,000 a year in a life time ISA and the government will contribute 25pc of what is saved, which gives you a fantastic return.

“People are used to getting tax relief on their pension contributions and you don’t see that tax relief with these ISAs but the benefit of this is that it grows in a tax free environment and when you draw the money out it is not taxable.” The government are only offering top-up payments on a maximum of £4,000 but savers can put away as much as they choose.

Mr Senior said: “People are being encouraged to look at long term planning and you won’t be able to withdraw funds from this account unless you are 60-plus or you are putting the money towards the purchase of your first home.

“A withdrawal for any other reason will mean forfeiting the government contribution plus 5pc.”

He explained that those saving for a home could contribute £4,000 at the end of one tax year and a further £4,000 at the start of the next, effectively giving them an additional £2,000 within a matter of weeks.

And for those looking as it as a pension fund, it is a long term investment with guaranteed rewards – which could be more appealing than a traditional pension which could fluctuate.

“For the government, it is an affordable way of providing pensions because they are not offering the tax breaks at the point of earning and it will also help encourage people to put money aside for a time when the government is no longer able to afford to offer pensions.”

For more details advice on tax, savings, investments and starting a business, speak to the experts at Jacobs Allen.